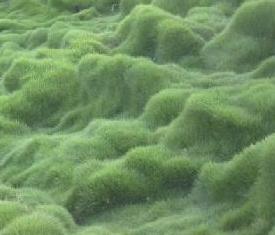 My religion of birth, the Bahá’í Faith, is often described to non-Bahá’ís with a list of a dozen principles, though there are fundamental aspects of the Bahá’í Faith that are not revealed in those principles. Here, I would like to propose a similar list of principles that, were they to fully define Bahá’í belief, I would still be a Bahá’í today.

If there’s one verse from the Qur’án that I consider enlightened, it’s this:

What an inclusive, compassionate sentiment!

I’m not certain that the author intended it to be translated as above (Rodwell), though this is the most literal translation as far as I know. Some translators have utilized more figurative meanings of the word wajh (face), such as “purpose”. Even then I would consider the verse enlightened. It comes out to something similar, but I like “face” better. It’s more intimate.

Bahá’ís might recognize this verse from the Book of Certitude and Questions and Answers, wherein the verse is associated with issues regarding the direction of the Qiblih. That involves a rather geographic interpretation that distracts from the metaphysical. If Bahá’u’lláh is aware of a possible unitarian interpretation, he isn’t letting us know about it. Here’s what he says about the intent of this verse in the Íqán:

In the eyes of God, the ideal King, all the places of the earth are one and the same, excepting that place which, in the days of His Manifestations, He doth appoint for a particular purpose.

From this, it is not at all evident that Bahá’u’lláh recognizes the verse as a profound statement about the divine nature of all things. At least, though, he does appear to recognize the literal interpretation of the word wajh in Questions and Answers, or does he? Is it possible that he simply interprets the verse to be saying “all places are the same”?

saheefah.org offers an interesting argument in favor of the literal interpretation of wajh.

You see, I used to be a believer. That is, I was raised as a believer. When I was young, I suppose it might have been that I accepted my indoctrination as a factual education. It’s hard to tell, but I do remember having a sense of faith being a willful effort to conform to my upbringing. I considered myself a believer, in a doubtful sort of way. Maybe in an envious sort of way.

Thanks to the testimony of Dostoevsky and others, science has come up with the notion that many mystical experiences are related to epileptic seizures. Can I try one of those? I feel quite deprived. Honest! I wonder what it feels like.

What’s peculiar in my case is that my mother is an epileptic, and she had some bad seizures back around the time she became a Baha’i and married the man who spoke at the first Baha’i meeting that she attended. I wonder how different the world feels to her. Does she really have a sense of certainty about the faith that she seems so overly confident about?

This blog got its name “Idol Chatter” for a reason, or even a couple of reasons. First of all, the blogger is a rather militant unitarian (note lowercase ‘u’). Secondly, he tries not to take his own chatter too seriously.

By “unitarian” is here meant anyone who recognizes the tendency of leaders, doctrines, and ideologies to become idols that stand in the way of our search for truth. Idolatry, according to this school of thought, is a mighty sly shape-shifting devil. As a former Unitarian minister once challenged us:

“We boast our emancipation from many superstitions; but if we have broken any idols, it is through a transfer of the idolatry.” — Ralph Waldo Emerson

Similarly, a Greek philosopher once cautioned:

In this sense, we can see that Jesus, whom some identify with the Logos, was not so different from Nietzsche’s anti-prophet Zarathustra:

“All the names of good and evil are parables: they do not declare, but only hint. Whoever among you seeks knowledge of them is a fool!” — Thus Spoke Zarathustra

Imagine if you will a medieval man, centuries after Christ, who was familiar with Judaism and Christianity. Imagine that this man was impressed by the Judaic aversion to idolatry, but also recognized Christ as a man—or messenger—of Truth. Imagine that he rejected the Trinity, and the notion that Jesus is God. Imagine that this man became quite well known for his opinion that Jesus is not God, such that we might consider him the first Unitarian. Imagine that he was a man of his time, and realizing the efficacy of power, mustered an army and ordered that army to pursue idolators and smash idols to the ends of the earth.

Let us call this man, for lack of a better name, Muhammad. Maybe this man was so single-minded about smashing idols that he might be called a prophet. Perhaps he was such a dedicated Unitarian that he rejected the very possibility of any religion other than the religion of Unitarianism, going so far as to call himself “the Seal of the Prophets”:

“Muhammad is not the father of any man among you, but he is the Apostle of God, and the seal of the prophets: and God knoweth all things.” Qur’an (Rodwell translation)

The man in the painting is not going bowling. If we look closely enough, we find that even Muhammad was an idolator; but who isn’t? Shall Muslims be permitted to rise above the man? Not if they continue to idolize him.

“Seek knowledge even unto China” — Muhammad

If we were to take this as the essence of Islam, could this not be a religion of the future? Could we go so far as to say that Islam is faith in Reason? If this seems like too much of a stretch, can we at least see how Islam might be seen as a medieval attempt to free humanity of idolatry?

Let the true Muslims step forward to smash the idols of Islam.