As a child in a Bahá’í family, I was taught that there have been a number of great Messengers of God such as Moses, Jesus, and Muhammad. One of the most ancient, and certainly the most unfamiliar, was the Iranian prophet Zoroaster. We Bahá’í youth were told that Zoroaster was as divine as Jesus himself, but in spite of the fact that the Bahá’í Faith is an Iranian religion and Zoroaster has been known throughout the millennia as “the Persian Prophet”, the Bahá’í Faith has very little to say about Zoroaster. I was curious about this ancient, most mysterious of prophets. I remember digging through libraries for information on him, but my resources were limited, so that treasure hunt didn’t last long.

Within a few years I had abandoned theism after realizing the basic immorality of it. Theism is worship of a God or gods that are capable of acting in response to worship or failure to worship. When I figured out that this is essentially arrogant, self-serving power worship, I cast it aside. The only theism that I could abide was that of Ahab:

I now know that thy right worship is defiance 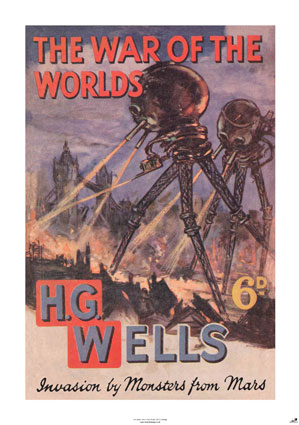 About 15 years later, that curiosity regarding Zoroaster was revived by a new book about Zoroaster by Paul Kriwaczek. Up to that point, I had understood that Nietzsche’s manifesto, “Thus Spoke Zarathustra” was not actually about Zarathustra, but upon reading Nietzsche, I realized that it’s not quite that simple. Nietzsche had selected Zarathustra for a couple of reasons, his primary reason being Zarathustra’s singular place in human history as the prophet of morality. I liked what I read about this ancient, prehistoric icon. Make no mistake, this was not a prophet “born in the full light of history”, but his story was a good one, and isn’t that what matters? The factuality of a story need not have any bearing on the virtue, or usefulness, of that story.

Zoroastrianism is fundamentally about right and wrong; good and bad; good and evil. Where gods had previously been revered as celestial powers, they now had to pass the Zoroastrian test of being “worthy of worship”. It was no longer good enough to be a god. A god had to have the best interests of the world in mind, or that god would be opposed.

The drama of Zoroaster is close to my heart. Over the years I’ve grown sick of the myriad excuses theists make for evil. It is just as though they were Satan’s attorneys, defending their Dark Lord in court, or creating verses for “Sympathy for the Devil” too cynical for Mick Jagger to imagine.

I found it quite refreshing to find a religion that is willing to call a spade a spade.

Zarathushtra stigmatizes evil as evil. The existence of so much evil in the world lies heavy on the heart of man. Evil is a challenge, and Zarathushtra accepts it. He does not palliate evil. It is not, he teaches, the passive negation of good. It is the active enemy of good. It is not complementary to good, nor is it good in the making. It is not evil only in name. Evil is just evil, nothing more nor less. It is the fundamental fact of life, and haunts us like our shadows which we cannot evade. Illusion does not cause evil; it exists in the realm of reality. It is the most disagreeable fact in Ahura Mazda’s universe, and the prophet of Iran looks it in the face. It is futile to speak of things as better than they actually are. Bad things of life do not lose their badness by giving them good names.

As Nietzsche pointed out, here at last was a truth-telling prophet; a prophet prepared to speak truth to power even though that power is a celestial power. This reason, above all, was the reason why Nietzsche chose Zarathustra as the man who would have the courage to pronounce the death of God.

Zoroastrianism, on the whole, is certainly a religion full of dogmatism and superstition, but we need not see Zarathustra a dogmatist, particularly with regard to delineating good and evil. As Nietzsche’s Zarathustra points out, it is futile to attempt to identify any one thing as thoroughly good or evil, but it is not the point of Zoroaster to classify things as good or evil; rather, it is the point of Zoroaster to recognize and oppose evil wherever it appears. Plutarch, an outspoken moral dualist, saw everything in the world as a mix of good and evil, and cited Zoroastrian tradition in making his case:

Twenty-four other gods he [the Good God] created and placed in an egg. But those created by Areimanius [the Evil God], who were equal in number to the others, pierced through the egg and made their way inside; hence evils are now combined with good.

Is this what the “real” Zoroaster actually preached? No question could be less pertinent. A good idea is a good idea regardless of its origin, and a bad idea doesn’t become good just because it comes from a superhuman being. Gods are like space invaders and conquistadors: we’re all in awe of their technology, but how do we know we can trust them?

It seems much wiser to cease all this forfeiture of reason and conscience to heavenly masters, and join one of my fellow Zoroastrians-in-spirit in swearing our allegiance to this simple creed:

To do good is my religion.

—Thomas Paine, “The Age of Reason”

… or as Zoroaster is said to have summed things up: